The headquarters of a Minneapolis tech support company might not be the first place you’d think of as a bastion of silliness and frivolity, but once “Chief Fun Officer” Maria Lundberg cracked the good-times whip, things got fun, fast.  Check out her ideas for making the office a happier place during the holiday season. 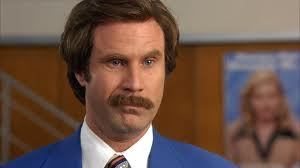 It started with a conversation among the Tech Guru staff.  Work was busier than ever, the holidays were upon them, and there hadn’t been much time for the camraderie the team usually enjoyed.  An idea was born: appoint a different person each quarter to be in charge of bringing fun back to the office in a variety of ways.  Client relations manager Maria gladly took the reins first because, in her words, “I love the holidays.”

Giggling as she describes the holiday shenanigans that have taken over the office since November, Maria describes “Secret Guru,” the company’s version of the guess-your-gift-giver game Secret Santa.

“We have three weeks of giving, and it’s funny to watch people try to guess who picked whose name,” says Maria.  For the first and second week the budget is $5-10, and gifts fall under the categories of “Something Funny” and “Food and Sweets.”  The third week’s theme is “Red and Green,” with trinkets and dollar-priced gifts to be given daily.  Finally, the big gift ($10-15) and Secret Guru reveal happen at the Tech Guru staff holiday party.  On week one CEO Dan Moshe received fireworks, and Maria got the Duck Dynasty: I’m Dreaming of a Redneck Christmas DVD.  “I watched it over Thanksgiving weekend,” she admits.

CFO Idea #2: Force Them Out

A night dedicated to enjoying one another’s company can be just the thing to restore the bond among officemates.  Maria plotted out an after-hours get-together by mixing some of the best things about the holiday season: trimming a tree and watching a Hollywood comedy.  “We all quote the movie Anchorman constantly,” explains Maria, who has planned tree-decorating followed by a trip to the Kerasotes ICON movie theater at West End.  After they catch the newly released sequel to the Will Ferrell-starring comedy, the Tech Guru team will no doubt add to their collection of Ron Burgundy quotes.

The easiest way to bring a group together is, undeniably, with food. Between the group’s Thanksgiving and holiday dinners outside the office, Maria knows homemade treats in the office are always appreciated.  She shares two recipes here.

Maria rattles off this recipe offhand.

2. Lay out pretzels on a piece of parchment paper.

3. Unwrap one Hershey kisses for each pretzel and place it on top.  Try not to eat too many kisses as you go.

4. Flash the pretzels in the oven for a minute or two just so that kisses get soft.

5. Place one M&M on each kiss and let the pretzels cool.

For lovely presentation put the treats in mason jars or clear cellophane bags. 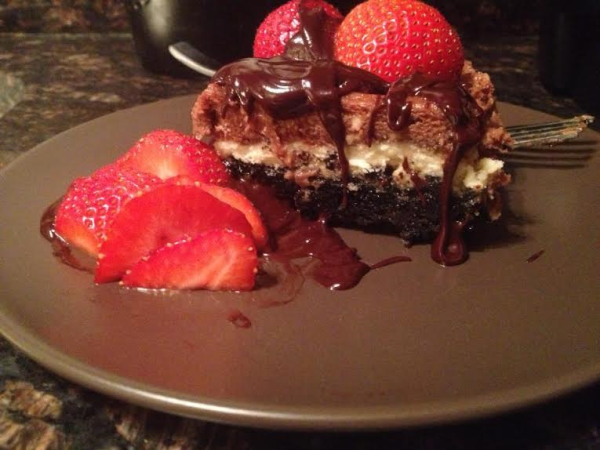 1. Preheat oven to 325 degrees F. Butter an 8×8 baking dish and line with parchment paper, making sure that the parchment is well pressed in the corners. Set aside.

2. In a food processor, pulse Oreos until they become crumbs. Add in melted butter and pulse until moistened. Press Oreo mixture evenly into the bottom of your baking dish. Bake crust until set, about 12 minutes. Set aside to cool.

“I let mine cool over night, then topped with melted dark coca nibs, and Godiva chocolate covered strawberries,” says Maria.  “It was insanely delicious!”

Good Luck Topping All That, Staff

Maria intentionally set the bar high during her tenure as CFO.  “I’ll be interested to see what happens in the spring when I pass my torch,” she says.

As much as the staff loves to play, Tech Guru is known best as the Minneapolis IT company that cares about your business as much as you do.  See how the Caring IT company can transform your tech.