Tech Guru, a Minneapolis IT support company that cares for businesses nationwide, recently received a top honor. We were named one of the region’s 50 fastest-growing, privately held, for-profit companies by the Minneapolis/St.Paul Journal. Find out what that means, how we did it, where we landed on the list and how you can do it too! 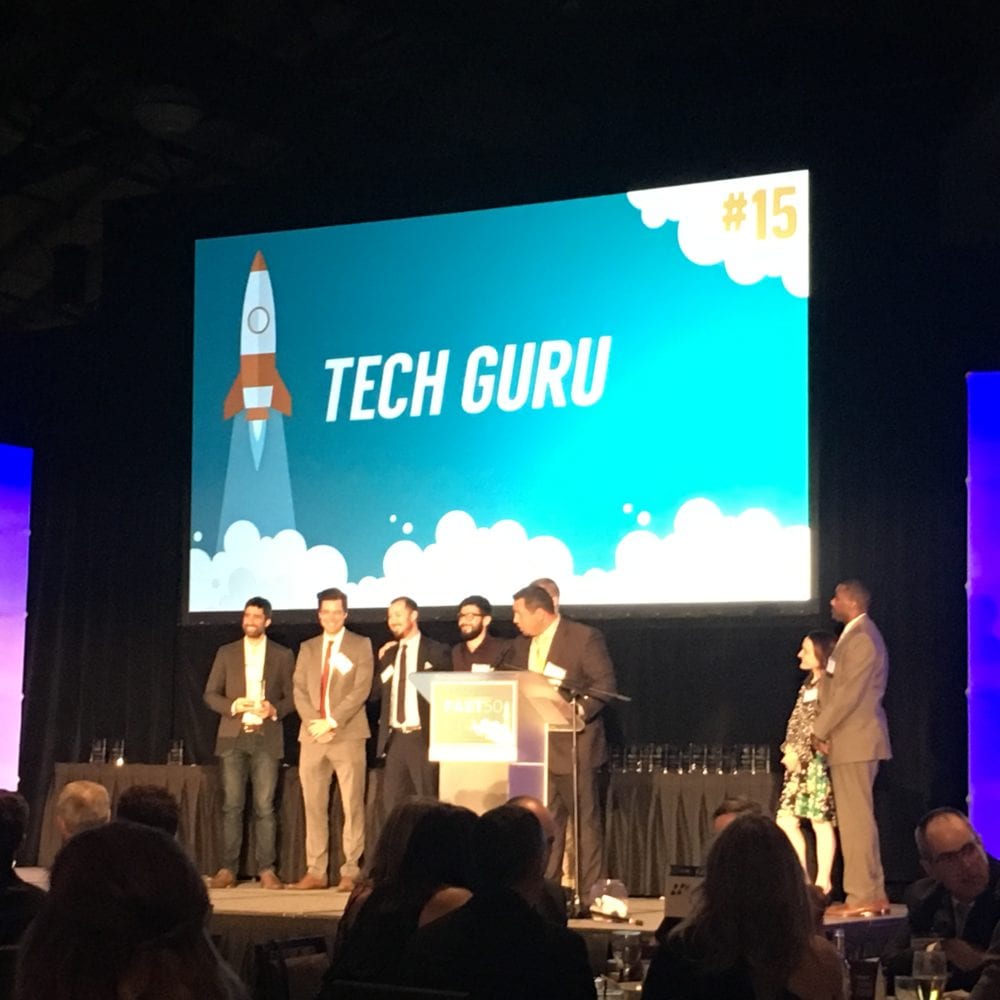 The Rules of the Nomination

For 2017, the prerequisites to apply were as follows (as stated on Minneapolis/St.Paul Journal website):

Applications were due on Friday, July 21st. The 50 firms who were nominated will be featured in The Minneapolis, St. Paul Journal’s Fast 50 publication Oct. 20, and also attended a private awards reception on Thursday, Oct. 19 where they were honored for their nominations.

What Does this Award Mean?

This award isn’t just about companies increasing their revenue on a yearly basis; it is about boosting Minnesota’s economy, creating new jobs and harnessing growth opportunities for businesses around Minnesota. We are honored to be on the list of nominees this year.

What our CEO has to say

When asked about Tech Guru’s continual growth, Dan Moshe discussed the challenges of keeping a growing company, growing. One of the main challenges has been, “continuing to be intentional. With high growth, it is easy to become distracted by shiny objects.” With the use of the EOS system, Moshe feels Tech Guru has been able to stay true to one core focus and a strong code of beliefs, by sharing them with the entire team.

Check out the full Q & A with Tech Guru CEO here.

Dan Moshe helps business owners in the Minneapolis area with all things tech and is the CEO of the Caring IT company Tech Guru.  He cares about your business as much as you do.