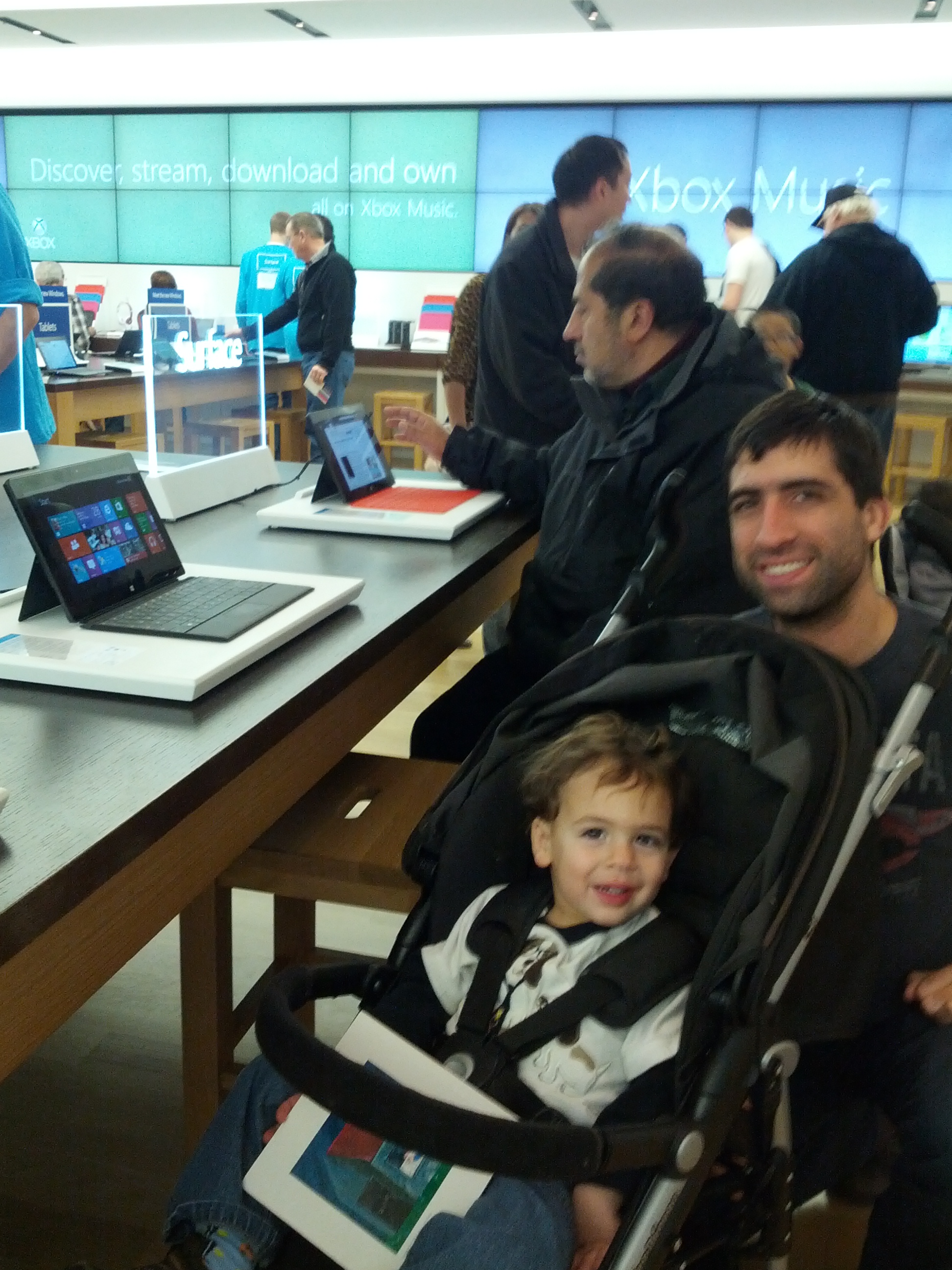 The Apple Store isn’t the only place for tech fanatics to geek out at the Mall of America. A recent trip to the Megamall for Dan Moshe, Tech Guru founder, and son, Isaac, along with Operations Director Micah, included a stop at the Microsoft Store, where they checked out the Microsoft Surface Tablet for Business.

The Microsoft Store was busy, but less crowded than the Apple Store. The result was a serious decrease in the rubbing of elbows and bodies in general that one comes to expect from a walk through a computer store. Dan and Micah each grabbed a tablet and started to mess with it.

Working in IT support in the Twin Cities and Minnesota, Dan and Micah have the pleasure of experiencing computers of all brands and types. When you’re focused on cloud computing and business technology, you’re less likely to be wooed by the color of the computer casing.

That being said, the Microsoft Surface Tablet for Business does look different. Its black border distinguishes it immediately from the iPad, but the new Metro interface is touch-oriented, like its competitor’s. The Tablet is refined and operates smoothly – no reasons to dismiss this as a practical alternative to the iPad – but it works better with an attachable keypad.

The Microsoft tablet has some things that are a given with Microsoft, including the power and manageability of Windows. It runs on the newly released Windows 8 and includes a trial of the new Office 2013.

Want to surf the internet? The Surface Tablet is Wi-Fi only but works with a hotspot. There are more apps to be developed for this platform, but are there buyers to warrant the development of them? It’s too soon to tell whether the Microsoft Surface Tablet for Business will be a flop or a runaway hit, like the Samsung Galaxy S III.

While at the store Dan and Micah were also impressed with the Dell XPS all-in-one desktop: It boasts a touch screen on its 27” monitor.

Overall, Dan and Micah were very impressed with Microsoft’s consumer offerings. Other than Microsoft X-Box gaming platform, Microsoft has not been trendy, and it may lead to them losing ground if they can’t catch up with the consumerization of enterprise IT. What would it take to draw in the crowds milling through the Apple store? Maybe it’s the packaging, maybe it’s the apps, but Microsoft needs to figure it out fast.