The Making of Tech Guru: The College Years

What do you do as a budding entrepreneur who dreams of running a successful Minneapolis tech support company? If you’re Dan Moshe of Tech Guru, you enroll in University of Minnesota’s Carlson School of Management. And because attending school full-time isn’t consuming enough, you single-handedly tend to your fledgling IT business.

After spending his high school years working for others in IT, Dan started up Tech Guru as a college student. He had only an inkling of what he was getting himself into. The business quickly picked up speed while school made its usual demands.

Dan found college to be very relevant to his small business. If it hadn’t been, “I wouldn’t have been able to stick through. I was able to use the stuff I learned on the very same day.”  Classes in accounting, business finance, and business plan writing were quickly put to use in a real-world setting. Dan would call his CPA after class and talk about what he’d learned minutes before, trying to find a way to apply it to Tech Guru. “I’m still paying for it,” Dan says of his college loans, “but it’s a check I’m happy to write every month.”

On most days, Dan would find himself bursting out of a class and racing to a business meeting.  Remember, this was the pre-GPS era, but Dan didn’t let that stop him.  He would strap his laptop to the dashboard of his car as his source for directions. On the days he already knew the location, he zipped over on his trusty motorcycle (pictured). 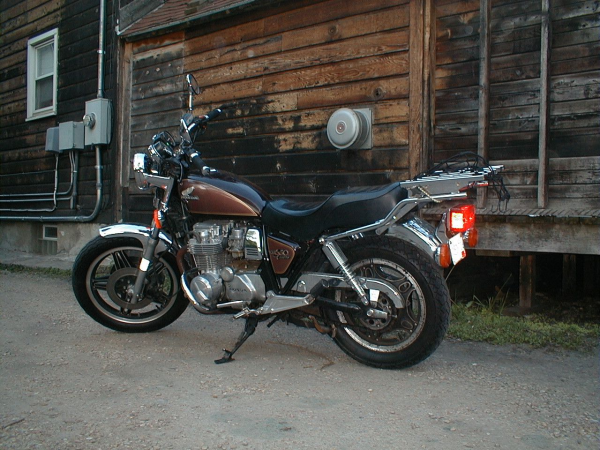 Exhilarating as it was to leave class and find ten client voicemails waiting for him, Dan struggled with how to best give all his clients the service they deserved. Like many small business owners, he had to let go of one of the biggest myths preventing business growth — “No one can do it better than me.” Dan began to hire people, in his words, “smarter than me,” whom he could trust to work with Tech Guru’s clients. His employees were better at many aspects of the business, one of the reasons being that they weren’t pulled in a million different directions. Early on, Dan sought to work with people who share his core values, and it continues to be the surest way to give his clients the best service possible.

By the end of college, meshing what he’d learned the hard way with what he’d learned in textbooks, Tech Guru was profitable. Unlike most 21-year-olds, towards the end of his college career Dan was able to stop taking out school loans and pay for school on his own dime.

Dan would love to hear the story of how your business came to be. No longer mixing cafeteria food with computer consultation, he’s able to give you his full attention.