As the most trusted small business IT support company in Minneapolis, Tech Guru has its finger in the pot of the latest in technology.  So, what’s bubbling and ready to spill over in 2014?  Check out the list from Micah Thor, VP of Operations. 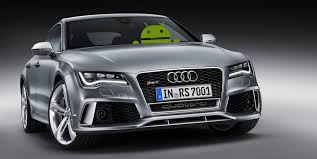 In an announcement expected during the Consumer Electronics Show held January 7-10, 2014, attendees will hear about an upcoming partnership between Audi and Google to develop Android-based software for new cars.  Apple already announced their “iOS in the Car” at the WWDC keynote this past June, allowing iPhone functions to appear on a car’s screen.  While automakers are taking care not to overload and distract drivers with too much available information, they’re also setting the scene for the day cars drive themselves and you can get 100% app-happy.

Dropbox, Skydrive, Google Drive… the options for cloud storage will continue to grow as users become more comfortable with sending information “out there.”  The cloud makes file-sharing among employees easy and efficient.  Security issues exist, but the alternative to expensive and oversized servers is appealing to many business owners.  If you’d like to learn more about Google Drive, you’re invited to register for Tech Guru’s Lunch and Learn event on February 13 with CEO Dan Moshe.  Learn more about “Own Google!  Master Gmail + Google Drive.”

A growing risk posed to companies is the security threat of lost mobile devices and laptops.  In some cases, such as Apple iPhones with iOS4, encryption is built into the device.  Encryption ability depends on the operating system platform and device, and may require third-party software.  Want to be sure you’re covering your bases with employees’ mobile devices?  Ask your IT support provider to help.

In 2014, Bitcoin will become a household word.  Descibing itself as “an innovative pay network and a new kind of money,” Bitcoin is intended for individuals, businesses, and developers.  Like something out of the future, people can exchange money by simply scanning one another’s mobile devices or touching two phones together using NFC radio technology.  Bitcoin also offers a strong level of protection with “military-grade cryptology.”

The end of life on Windows XP was announced in 2013, and more and more people will start adopting 8.1.  The end of Microsoft support on April 8, 2014, means XP SP3 and Office 2003 users will be forced to upgrade to the new Windows software.  Of course, if you’re unsure about how your business or nonprofit should be making the transition, Tech Guru can help.

Tech Guru may keep up with tech trends, but it’s even better at being trusted.  Contact us today to get your office up to speed.