Which Messaging App is Right for You?

Last year, Facebook bought WhatsApp for an unfathomable $19 billion—roughly the GDP of a small African country. Social media staple Instagram was sold to the same company for a paltry-in-comparison $1 billion.

The take-away is clear: messaging apps are one of the hottest pieces of communication technology this side of the printing press. Currently, WhatsApp alone leads SMS by 50% more messages a day and climbing.

But that don’t rush to the app store just yet—there are tons of messengers on the market, each suitable for a different situation. 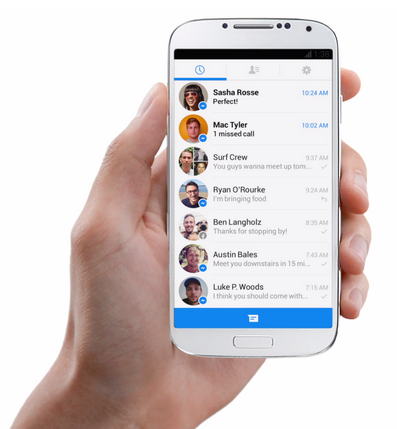 One of the undeniable upsides to SMS messaging is that it allows you to reach almost anyone with a mobile phone (which is to say, almost anyone). Facebook Messenger counters this with the ability to send a message to anyone with a Facebook account—although it works best when both parties have the app.

With plugins that allow you to send stickers, gifs, videos, doodles, and even money, Messenger has everything you could want and more from a messaging app without feeling cluttered.

That’s why it’s the top messaging app in the United States.

If you don’t need the frills: WhatsApp 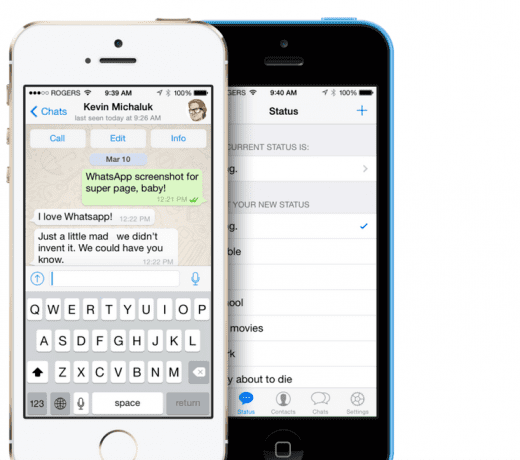 While other developers are trying to jam-pack their apps with as many features as possible, WhatsApp offers a simpler alternative to SMS: no stickers, no gifs, no games, and no ads. That’s one of the reasons WhatsApp leads across the world, especially in countries like India, Brazil, and South Africa—it’s dirt cheap and works well on low-end devices.

Despite its global reach, WhatsApp trails stateside. But its clean, basic design will appeal to low-maintenance users who want an inexpensive (99 cents a year after the first year) alternative to text messaging.

If you don’t want to give out your name or number: Kik 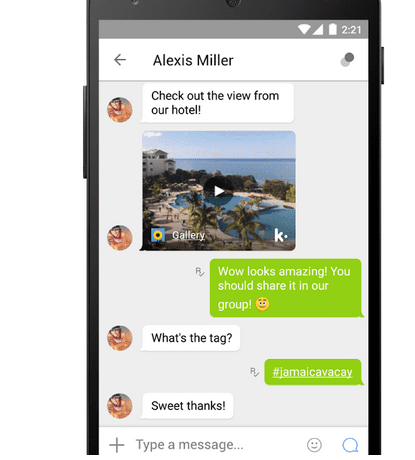 Whether you want to maintain anonymity or you don’t want someone to have access to your personal phone number, Kik provides a messaging service that doesn’t require you to divulge any information besides a username. It’s got all the add-ons that Facebook does and then some, but lacks the usership you’d want in an all-purpose messenger.

Be warned: Kik is infamous for being used by teenagers to send explicit messages and pictures. While the app itself is solid, the name comes with certain . . . connotations.

If you need to keep in touch with coworkers: Hipchat 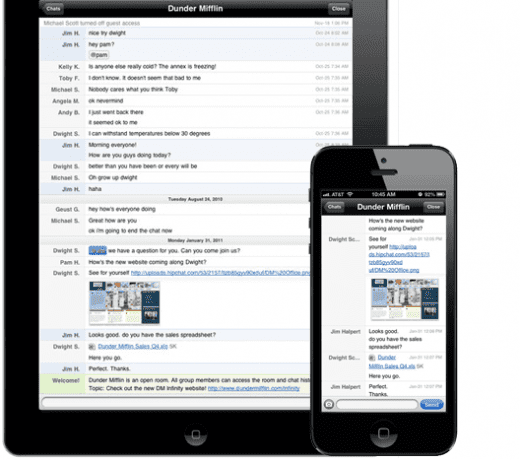 One thing that Facebook Messenger, WhatsApp, and Kik have in common is that they all have an air of unprofessionalism. Although Hipchat has some “quirky” features, such as in-line gif playback and custom emoticons, the baseline interface provides a business-friendly experience that is perfect for office group chats. For more on why we love HipChat, check out our blog on the subject!

There are plenty of other messengers, but although WeChat, Viber, QQ and Line all have strengths and weaknesses, they are all more similar than they are different. The messaging game is hotly contested right now, so stay tuned; the best messaging apps could be entirely different this time next year!